This morning, being a bit jet-lagged, I decided to walk to a bakery that I had seen a few blocks from our Airbnb. What I learned is that in Seoul everything you'd think would be open isn't, and everything you think wouldn't be is. The bakery and coffee shops aren't open in the morning, but you can get a nice beef bone marrow stew for breakfast. 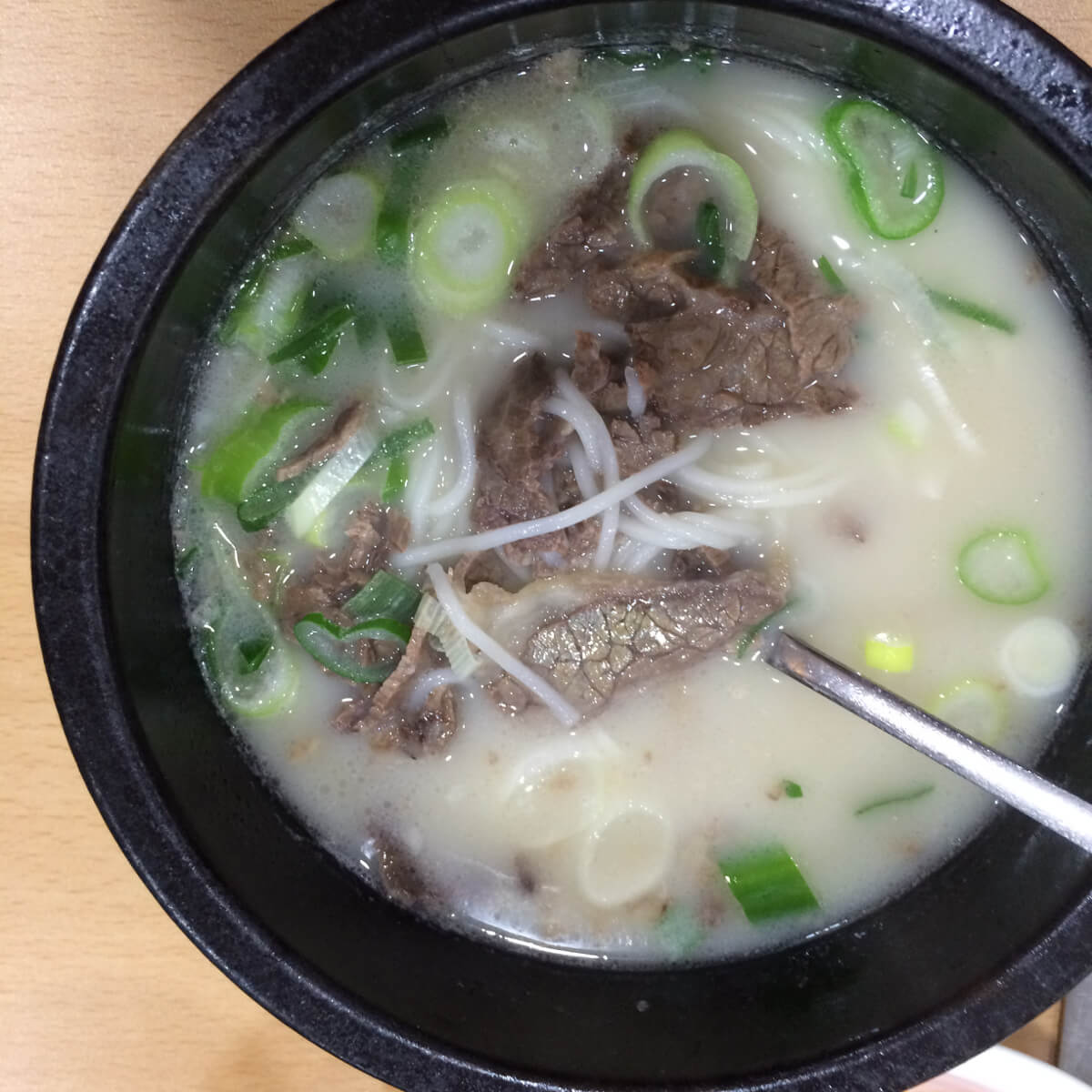 Walking away from the bakery and back towards the place we were staying, I passed by a subway station exit, out of which were pouring young workers on their way to start the day. 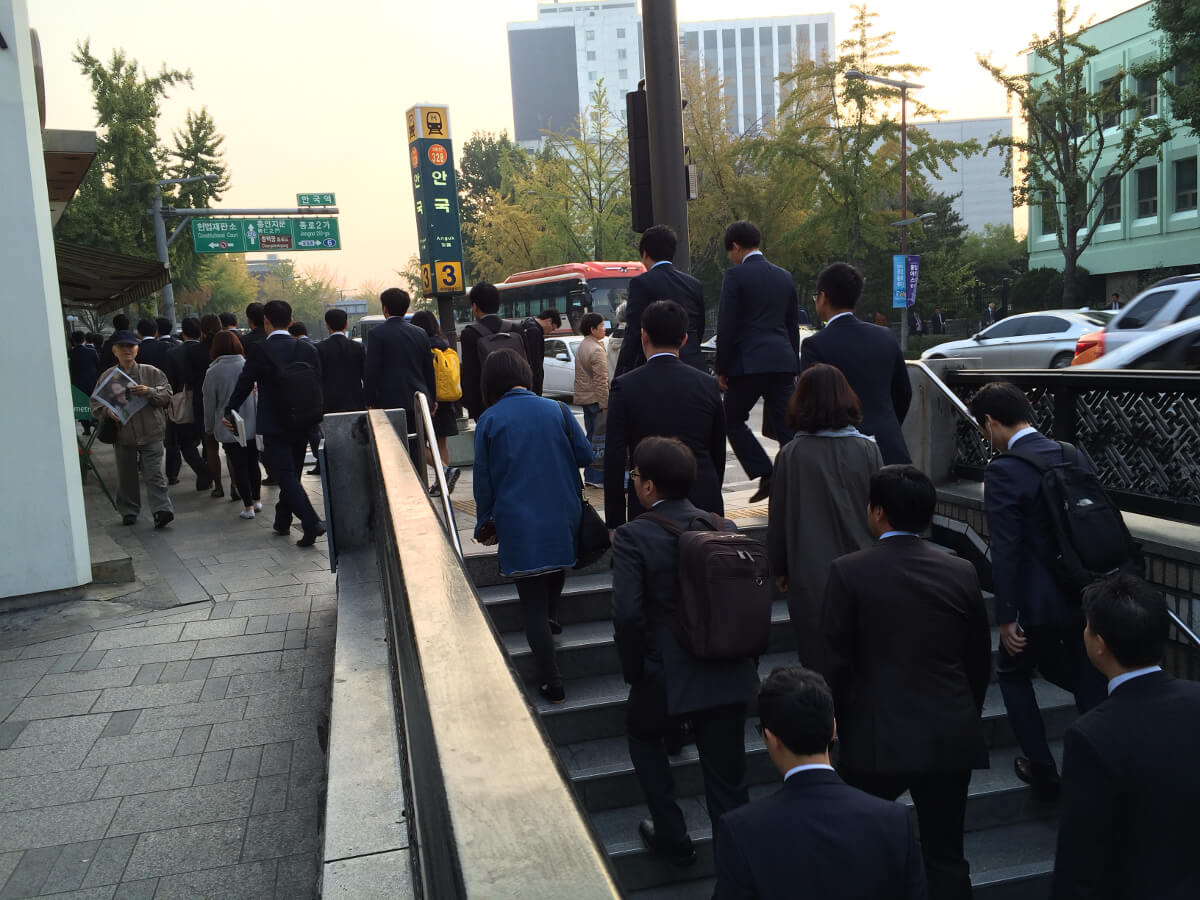 They were going in my direction so I moved into them, joining their flow, they with their sense of direction, me with me sense of wandering.

I was immediately struck by a feeling I had forgotten from before. It is a feeling of being part of a larger organism of movement. It is a feeling of flowing with others of the same species, surging together in a particular direction. The herds of the fields must feel this frequently, as they move together, running, escaping, and chasing.

I realized that as Americans we have mostly lost this feeling. Particularly in the west coast nobody walks anywhere. Even in our big cities, we mostly don't walk, we drive. San Diego, LA, Seattle, and I would even say San Francisco. If we don't drive, we Uber or Lyft. But we don't move, at least not as one, not anymore.

The few times I have experienced this feeling in the States has been in New York City, and perhaps it exists elsewhere in the great cities of the East. Although I walk almost every day in my current homework of Missoula, there aren't enough people to create the body, to create that living organism of movement.

There is something special about this feeling. While an entire language separates us, we become one in that moment, moving towards a common goal: to round that corner or cross that street. As quickly as we've come together we will disperse, going on towards separate lives, some great, some good, and some bad. We'll all join other groups soon, moving this way and that, for a time together, for a time apart.

I like this feeling, at least for now, of moving with my fellow man and woman. It's teaching me something, although I don't know what, perhaps of how things used to be.

New post about something I realized walking around Seoul this morning. http://t.co/5FOR2fDcW9 #seoul pic.twitter.com/MzF3JZ3dRF

How To Avoid Connection

Liz (my wife) calls me out on a lot of things. This is good, since I have a lot…

Drowning In My Self

Last Saturday I headed into a local coffee shop to get some work done. As I sat down I…