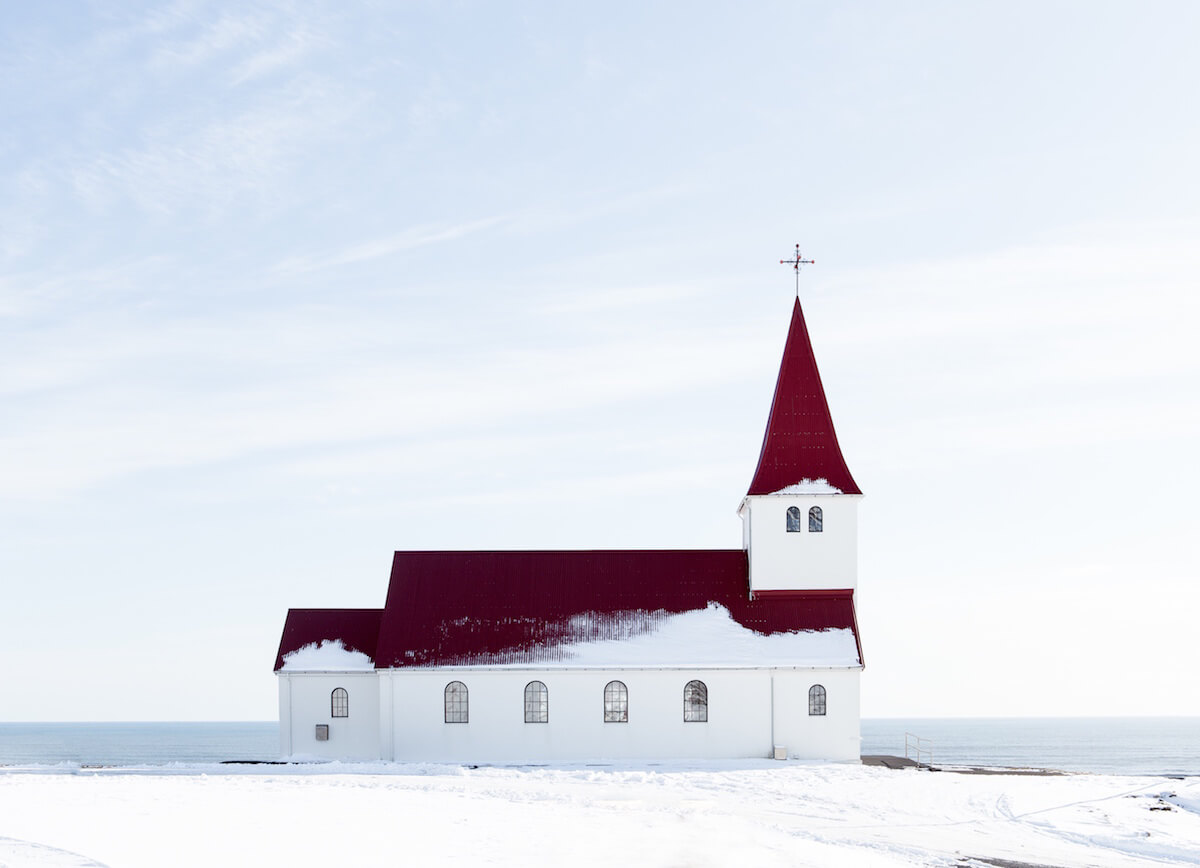 As I was journaling on vacation two weeks ago, I was thinking about the church, and was tossing around the various facets of it that I've experienced. Growing up in the Pentecostal movement, I've seen the groups obsessed with manifestations of the spirit, I've seen the heavy-hitting offerings promising financial prosperity to those who could give the most (and who ironically probably already had the most to give), I've seen pro-gay and anti-gay, pro-life and pro-choice, and now pro-Trump and anti-Trump.

The church is a funny thing because while as a follower of Jesus I am a part of it, it can often be like a family that I'm embarrassed of. It's got that loud and inappropriate uncle who is not-so-slightly racist, that miserly aunt who is obsessed with what everyone makes and who can afford what, that rebellious cousin that's out there exploring and ignoring the lessons of the generations that came before them, and a whole host of other characters.

I began to think about the ministry of Jesus while he was on earth, where he spent his time, with whom he spoke, what he said, etc. I had begun to wonder what Jesus would think of the church in America should he encounter her. I think he would be fairly surprised by what he saw... and not like a pleasant surprised.

The American church today has invested enormous amounts of money and energy trying to fight what it perceives as the corroding of America's moral center. The result of this is a church that's insular, priding itself on the differences between it and the people around it, and struggling with credibility as scandal after scandal rocks its ranks with the very issues it fights against. The moral high ground is an incredibly difficult line to walk, not only because of what it demands in terms of perfection, but what it demands in terms of love.

The enormous energy required in attempting to maintain that position has siphoned away money, energy, and investment from the true mission of the church, which is to be the agent to bring about God's new kingdom into the world. This kingdom has very different rules about money, power, and righteousness. The problem with the American church is that her rules in those areas too often mimic those of the world around her.

I tried to think about what the most startling difference he would find between what he had intended and what he got, and here is my current hypothesis.

The church in America believes it exists to fight immorality, whereas Jesus created it to fight injustice.

During the sermon on the mount, Jesus begins with the Beatitudes, a series of blessings which are targeted towards matters of social justice. Here he begins to lay out the framework for the new set of rules for his kingdom.

God blesses those who are poor and realize their need for him for the Kingdom of Heaven is theirs.


God blesses those who mourn, for they will be comforted.

God blesses those who are humble, for they will inherit the whole earth.

God blesses those who hunger and thirst for justice, for they will be satisfied.

God blesses those who are merciful, for they will be shown mercy.

God blesses those whose hearts are pure, for they will see God.

God blesses those who work for peace, for they will be called the children of God.

God blesses those who are persecuted for doing right, for the Kingdom of Heaven is theirs.
-Matthew 5:3-10

What's even more startling about Jesus' ministry, is that the group that he most heavily criticizes are the religious leaders of his time. He continually chastises them for their emphasis on following the letter of the law to the detriment of their focus on the needs of those disadvantaged.

What sorrow awaits you teachers of religious law and you Pharisees. Hypocrites! For you are careful to tithe even the tiniest income from your herb gardens, but you ignore the more important aspects of the law—justice, mercy, and faith. You should tithe, yes, but do not neglect the more important things.
-Matthew 23:23

Our acts of social justice are a part of our salvation. They are the expressions of a new kingdom, with new values, where the first are last and the last are the most important.

Meanwhile, Zacchaeus stood before the Lord and said, “I will give half my wealth to the poor, Lord, and if I have cheated people on their taxes, I will give them back four times as much!”

Jesus responded, “Salvation has come to this home today, for this man has shown himself to be a true son of Abraham. For the Son of Man[a] came to seek and save those who are lost.”
-Luke 19:8-10

Zacchaeus is inspired to correct an injustice he himself has perpetrated, and on top of that to give of his abundance to those that are in need.

In another example, it's not the man's lack of sins that Jesus focuses on, but rather his accumulation of wealth for himself that hinders him from salvation.

“I’ve obeyed all these commandments,” the young man replied. “What else must I do?”

Jesus told him, “If you want to be perfect, go and sell all your possessions and give the money to the poor, and you will have treasure in heaven. Then come, follow me.”

But when the young man heard this, he went away sad, for he had many possessions.
Mathew 19:20-22

Finally the longest passage, but the one that captures it most powerfully, is found in Matthew.

“Then the King will say to those on his right, ‘Come, you who are blessed by my Father, inherit the Kingdom prepared for you from the creation of the world. For I was hungry, and you fed me. I was thirsty, and you gave me a drink. I was a stranger, and you invited me into your home. I was naked, and you gave me clothing. I was sick, and you cared for me. I was in prison, and you visited me.’

“And the King will say, ‘I tell you the truth, when you did it to one of the least of these my brothers and sisters, you were doing it to me!’

“Then they will reply, ‘Lord, when did we ever see you hungry or thirsty or a stranger or naked or sick or in prison, and not help you?’

“And he will answer, ‘I tell you the truth, when you refused to help the least of these my brothers and sisters, you were refusing to help me.’

During this final judgement, the criteria used was how the followers of Jesus treated the least among them.

This is not to say that Jesus didn't care about immorality, because he addresses it head on whenever he encounters it. What's amazing is that he doesn't vilify the acts of immorality he encounters, but rather he understands that they are attempts to fill a void within ourselves. Our acts of greed, idolatry, violence, etc. are our best efforts to soothe the aching within.

When Jesus meets the woman at the well in the gospel of John who had had five husbands, and was now living with a man out of wedlock, he understands it's the thirst within her that has driven her actions.

Jesus replied, “Anyone who drinks this water will soon become thirsty again. But those who drink the water I give will never be thirsty again. It becomes a fresh, bubbling spring within them, giving them eternal life.”
-John 4:13-14

The way that we see Jesus address immorality versus the way we see it expressed in the church today couldn't be more in contrast. In another story Jesus is brought a women who was caught in the act of adultery. They are testing him to see if he will allow them to stone her.

They kept demanding an answer, so he stood up again and said, “All right, but let the one who has never sinned throw the first stone!” Then he stooped down again and wrote in the dust.

When the accusers heard this, they slipped away one by one, beginning with the oldest, until only Jesus was left in the middle of the crowd with the woman.

Then Jesus stood up again and said to the woman, “Where are your accusers? Didn’t even one of them condemn you?”

That's the gospel right there.

Jesus said that he was the way, the truth, and the life. To follow Jesus isn't to decide to do one thing over the other, but to fill those empty parts of ourselves, the parts that we try to fill with other gods, with only him.

Our Purpose As A Church

The purpose of the church isn't to start non-profits. We see Jesus placing himself as someone worthy of sacrifice and worship when a woman uses an expensive bottle of perfume to anoint him, and is criticized for having wasted it when it could have been sold and given to the poor.

"But Jesus replied, “Leave her alone. Why criticize her for doing such a good thing to me? You will always have the poor among you, and you can help them whenever you want to. But you will not always have me."
- Mark 14:6-7

The purpose of the church is to create a body of believers and worshippers who are focused on bringing about the kingdom of God. Where things get muddy is what people's definition of the Kingdom of God is. Often times that kingdom isn't quite the good news the gospels tell us it's supposed to be.

What would the church in America look like if a bulk of it's focus, energy, money, time, and influence were focused on matters of injustice, versus matters of immorality?

When we are standing in front of the judgement seat, and Jesus reviews the wealth, privilege, and safety that the American church has enjoyed, will he care about the things we've accomplished, and the battles against what we thought was immorality that we have fought, or will he be bewildered that we left so much suffering and injustice completely unaddressed?

The (not so) Great Debate

Liz and I are in the process of visiting homes and are considering purchasing a house here in Missoula.…